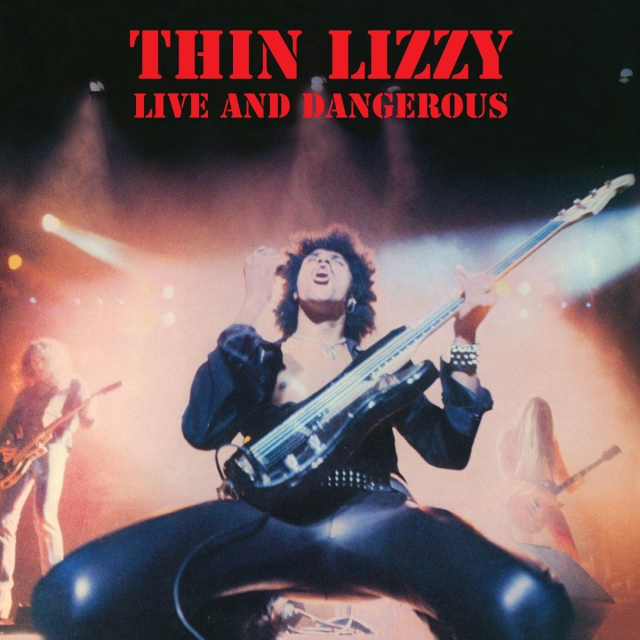 What might be considered the holy grail for lovers of Thin Lizzy, of course, in the classic line-up with Scott Gorham, Brian ‘Robbo’ Robertson, Brian Downey and Phil Lynott sees the light of day on January 20, 2023. And, even if it’s not exactly the holy grail, this is still an edition that Lizzy lovers will certainly enjoy. On the occasion of the forty-fifth anniversary of the legendary live album, the album is released once more, with, in addition to the original album also recordings of the concerts from which it was composed. As often happened with live albums, it was not just recordings from one night that landed on the album, but song choices came from several nights. Over the years, It was often claimed, mostly by producer Tony Visconti, that Live And Dangerous for a large part was merely live in the studio which meant that it had many overdubs. 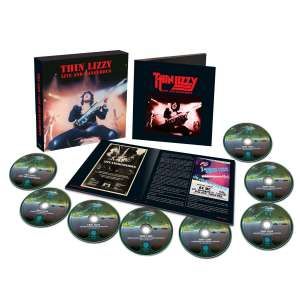 After Live And Dangerous, more live recordings of the band appeared in this line-up, Lizzy’s most glorious line-up ever, including UK Tour 75 and Still Dangerous. Both clearly showed how incredibly eager the band was in a live setting, how great the solo spots by both Robbo and Scott were, how phenomenal their double guitar work and how incredibly tight and full of punch the rhythm section consisting of Phil and Brian was at the time. Not to mention Phil’s excellent vocals and charisma, basically dripping off all of the band’s recordings. This reissue of Live And Dangerous once again demonstrates how great the four-piece band was live at the time. That’s something that of course the Thin Lizzy fans know. Then again, wasn’t that already sufficiently clearon the basis of the album itself, its remaster or perhaps the video version of the tour that had already been broadcast?

If you would only take the second disc of this reissue, you pretty much find yourself in a toy store for Lizzy fans. That is the first of three concerts at London’s Hammersmith Odeon and none of the recordings of this evening ended up on Live And Dangerous. And, although as a fan you know all the songs inside and out, you will notice that no two performances of the songs sound the same. Neither Robbo nor Scott played their solos the same for two nights and it’s those differences in nuance, in phrasing, in experience of the evenings you can now listen to and enjoy thoroughly. Simply stunning! Provided of course that you appreciate that variety, that you do not want to hear the solos identical note for note, with Phil responding to the moment in his vocal lines and lyrics and that you also notice that Brian Downey plays his fills the way it best fits the night’s performance. Inspiration, drive and ferocity, eagerness, that is what characterizes all these recordings here and which you can fully enjoy as a Lizzy lover. It is Phil who uses ad-libs every now and then,  who on the second disc in their classic Still In Love With You lyrically references to later songs by Lizzy, especially Black Rose and With Love from the album that would later be the only one Lizzy recorded with Gary Moore. It is great to hear multiple performances of the same songs because you get the feeling to look back in time at how the band sounded during the tour, how the energy of the evenings, of the audience had an effect on the band and vice versa and how fantastic the band simply sounded at the time.

Of course we get to hear Phil’s famous line “Are you out there?” during the various concerts, but that playing with the audience well, as illustrated perfectly in Baby Drives Me Crazy, is different every night, depending on how band and audience reacted to each other. Take the differences in the recordings in the Hammersmith Odeon of which the third night ended up on the original live album. Does that make the other two recordings less interesting? Certainly not! Yes, as mentioned, it requires being open to not exactly the familiar way, not thinking that Scott and Robbo play the same thing over and over again. Especially the different performances, with constantly changing announcements from Phil, make this particularly valuable, if only for the three evenings at Hammersmith Odeon in November 1976. Yes, and no matter how you look at it, is is a feast to hear all those beautiful performances of Still In Love With You.

With eight discs, there’s obviously more. On Still Dangerous we were listening to recordings from the Tower Theatre in Philadephia and the counter stuck at ten tracks as a total. Here we find two nights recorded in Philly and so we also get more songs per night, at least fourteen, which also makes it significantly more complete. And make no mistake, recordings of these two concerts also ended up on the original release of the album. Admittedly recorded almost a year later, but it was the same unbeatable line-up of the band. The band was buzzing those days! Hear the magic that is Opium Trail, Don’t Believe A Word, Emerald and Bad Reputation bursting out of your speakers! And, behold the greatness of Scott’s and Robbo’s mastering of their instrument in such a way that the solos in those songs really didn’t have to be exactly the same to make you get your money’s worth as a Lizzy fan. With Brian’s approach to Bad Reputation it also shows how much he was really in the moment of the song and managed to give as much swing and groove to the song, like only a few can in the world of rock or hard rock. Brian is far more than a human metronome pushing the band on, it is precisely his feel and groove made that really is like no other. If you see Brian Downey’s Alive And Dangerous live these days, you can hear live how much Lizzy’s sound was not only put down by the double guitar work, credit must surely be given to ‘the man at the back’.

The recordings of a week later in Toronto also, also burst with eagerness. The band sounds incredibly energetic and driven and you get the idea that there was no band imaginable that sounded tighter than Thin Lizzy at that time. Robbo and Scott played perfectly into each other and with Phil also playing great, it all refuting the idea that on the original album most of the bass lines were replayed… And of course, Brian is there, as always, as tight as possible. Hear the wonderful sax solo that John Earle adds to Dancing In The Moonlight that really went wild here. In the knowledge that the earlier performances of Still In Love With You showed Phil freewheeling on the lyrics, it is striking here that the performances from 1977 are more compact. That certainly does not detract from the recordings of Lizzy from that year. The contrast is there to admire.

The final part of the set is the performance of March 29, 1978 at the Rainbow in London. Although Live And Dangerous had yet to be released that year, you can hear that the band has made the songs from the setlist their own. Well, the order of the songs may be slightly different, but what was performed that night are the songs that made Live And Dangerous, are the songs that once and for all established the name of Thin Lizzy as a rock-solid live band. With a beautiful book to match the discs, this has become nothing short of an excellent documented reissue. Made with great care. Coming across Live And Dangerous, as a young rocker-to-be, the cover of Live And Dangerous was always a very exciting one, not yet knowing anything about the band, about their frontman, his vocals or bass playing, about the double guitar work, Brian Downey’s drumming or the impact that the whole band would have, that cover was already a magical look in a box of the world that was hard rock. Discovering songs like Emerald, Southbound, but also Massacre or Johnny The Fox Meets Jimmy The Weed, Dancing In The Moonlight, Sha La La, Lizzy had something that other bands didn’t have: Phil’s wonderful voice, the great sound of Robbo’s and Scott’s playing, and the very tight and grooving rhythm section. Of course, the step of watching the cover was followed by listening to Lizzy. Moving from looking to a cover to enjoying the magic that Thin Lizzy had, always felt like something timeless and yes, something magical. With this reissue of Live And Dangerous, the magic is there to be relived. This is a very, very fantastic reissue! 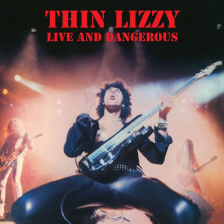 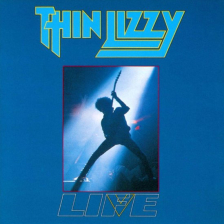 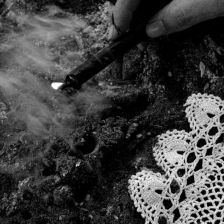 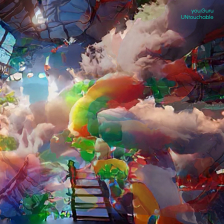 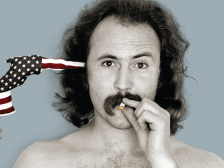