Fish: Singer, Scotsman, passionate musician. Written in Music spoke with him about health, present-day touring, his lyrics, making music, politics, but also about his new album and the themes it addresses. A frank conversation with the singer who brought us beautiful albums like Vigil In A Wilderness Of Mirrors , Sunsets On Empire, Raingods With Zippos, 13th Star and A Feast Of Consequences. Unfamiliar with his solo work? You may know him from his days with Marillion, the band he used to front, way back in the 80’s. This is the first part of a three-part interview series.

Wednesday, 24 October 2018, the day of Fish’s performance at the Nijmegen Doornroosje venue. Once he was foreman of Marillion, today he has a flourishing solo career to match. A Feast Of Consequences, his previous album, forms a highlight in his career and now, a few years later, the contours of his new album, Weltschmerz, unfold. The EP A Parley With Angels is quite an impressive taster. We got the opportunity to chat with Fish before the sound check. As we join Fish and the band and watch their tour bus being lifted and turned around mid-air inside the well-equipped venue, we realise this interview is something different. With this shared experience we walk with Fish, to his dressing room. We notice the vitamins on the table. Fish cares for his health now that he has reached his sixtieth birthday. He offers us a healthy glass of water while he points out a number of vitamins on the table.

WiM: This is not the image most people springs to mind when they think of the world of rock. There’s no drinks, no drugs.
Of course, you can’t keep on doing that. Healthy living, choosing consciously what to drink and eat, I have been doing that for a long time now. This is a long tour, the longest tour so far. The idea was to do fifty performances in Europe and the United Kingdom. When we started it, we thought: “That’s a good plan! That’s going to work.” But when it got closer, we realised there were a whole lot of concerts planned. But things are going well. We now have played 24 shows. My voice is holding out okay. I defied two colds. But that’s what you get when touring this time of the year: picture yourself being a duck flying over long grass that is teeming with hunters. You can easily pick up a virus anywhere. That’s also why I stopped doing signing sessions after performances. It was like tap dancing in a minefield. People who come to you, coughing as they approach you and then ask for a selfie, while you think: “Get out of here! And take all those bacteria and viruses with you.” I believe it is important and my responsibility to make sure my voice is ok when I’m on stage performing in more than 40 shows. That’s why I do what I do. I am kind of holding back in doing all too many interviews. And yes, what I take are B12 and D3 vitamins, to make sure my immune system functions properly. Every night on stage, every night I perspire. Even if it is only two hours, it is very intensive.

WiM: You are well known for delivering energetic shows.
Well, I am not as energetic on stage as I used to be. These days, I make sure I have a bar stool with me on stage. It fits the Clutching At Straws setting perfectly. I had problems with my back before. And during the tour of 2015/2016 it only got worse. At the end of 2016 I had a major operation to take the strain from the nerves in my back. It was my hope I would be up and running in no-time after the operation, but a number of things happened. I also had a major shoulder operation that extended my recovery period. It’s something I can still feel in my legs and knees. Yesterday we were at Paradiso in Amsterdam and I saw the stairs leading up to the stage and I thought, “Oh, fuck …”

WiM: I saw your caption with the photo of the staircase in Paradiso. You described it as an assault course. I saw you climbing the stairs just now: it looked like quite an effort. Is it really that bad?
Oh yes. It hurts. It hurts a lot. Especially in my knees. I can’t really move as much as I used to. I can do something, but not nearly as much. I also have to be aware that two hours on stage also affects my back.

WiM: How is the tour coming along so far?
Most of the shows are sold out. I believe that Paradiso was fifty short yesterday for a sold out house. I have always had a lot of support here in the Netherlands, especially from the fans.

WiM: You have also booked a number of concerts in Poland and in Germany. To what extent can you compare these countries?
If I take Poland and the Netherlands, these are the countries where I get to play bigger venues. It’s where you hear my music being played on the radio, and not just Kayleigh and Lavender for the umpteenth time. That makes a big difference. People know what I do; they know my solo work. Of course there are people who know me from my days in Marillion, but when my music is known and gets played on the radio, people come to my performances, for the music I make as a solo artist. That’s why now I have taken the step to start streaming my music. I have always avoided that. I did not want to be on Spotify or any other streaming services, because what they bring to artists is really nothing. At the same time, though, the music industry is really changing. In the 80’s you toured to bring an album to the attention of your audience. Today this is different: the album promotes the tour.

WiM: In that respect, how was the effect of A Parley With Angels, your most recent EP?
I have not yet been able to see all data and statistics; I do not know. I want to dive in there when I am back from the tour. Anyway, like Steven Wilson, I was absolutely convinced I would never turn to streaming. However, when Steven Wilson went to Warner, they convinced him. James Cassidy, producer of both Songs From The Mirror and Suits, with whom I have been friends for years and who is also busy with digital music and really knows what he is talking about, said to me: “You just have to do it. The industry has really changed. Your music is not played by modern radio stations. So, yes, there may be channels that play classic rock, they’ll play your music, but you want your music to be heard by the general public at the same time. This is one of the advantages of streaming music: it has become so very common. It is a way to have your music launched to many more people. Again let’s take Steven Wilson. His concerts are all very well attended in India. That does not happen overnight, out of the blue.”

And that’s what it is: the live scene there is alive. So I turned to streaming music, and find that many Dutch people do so, just like in Norway and Chile. These are the three countries where my music is streamed the most, and I reach more people with my music. Well, it doesn’t say anything about the sales of albums and in terms of revenue it doesn’t do much, but that’s the way you hope people will come to your concerts, the essence of what’s going on in the music industry. Last summer I decided to make my previous albums available as a digital download. Then my friends said: “Downloading, that’s so passé, for us streaming is what matters.”

I do find that disturbing. I spend a lot of money making quality recordings in topnotch studios and make sure that these recordings are of high quality and then people listen to MP3 quality on their cell phones. That is not what I set out to offer in a musical sense. But this is our reality now. It doesn’t matter how I feel about that. So in June and July we provided downloads for streaming. In January 2018 I realised we would have more songs than for just a single album. The numbers were too long. I could have made an album with only 3 of the songs that we had finished. And then I said: “We will make it a double album.” And we would never have that ready in time for release in the summer. With that in mind, it was a small step to release what we already had and put it out on Spotify. That would give everyone a chance to hear the music before the tour. We combined new songs with live songs from the previous tour that we did not play this tour and so that led to the EP. In turn, the sales of the EP contributed to paying the cost of the double album. We record 150 minutes of music for that. Of course, we are not giving away the EP or the double album for free, but I will make sure that I will never ask € 150, – for that double album.

WiM: Are you going to work with pre-orders for the album?
Sure I can do that and use websites where fans can get all kinds of extras, but the sites that do, ask for substantial contributions of around 20 percent to start with. Not only does that not contribute to the music, because I cannot invest that part of what I sell, it also happens that these companies require customers to use a specific credit card they receive commission on. So why not do it ourselves, we wondered? And we have shown that with the EP. An independent release. It offers something directly to the fans so they get the most out of it.

More a talk with Fish: 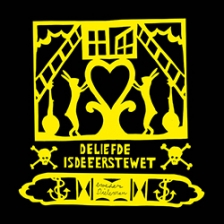 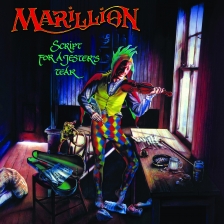 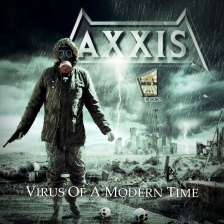 Axxis- Virus Of A Modern Time 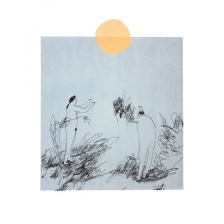 Trace Mountains – Lost in the Country 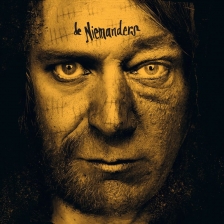