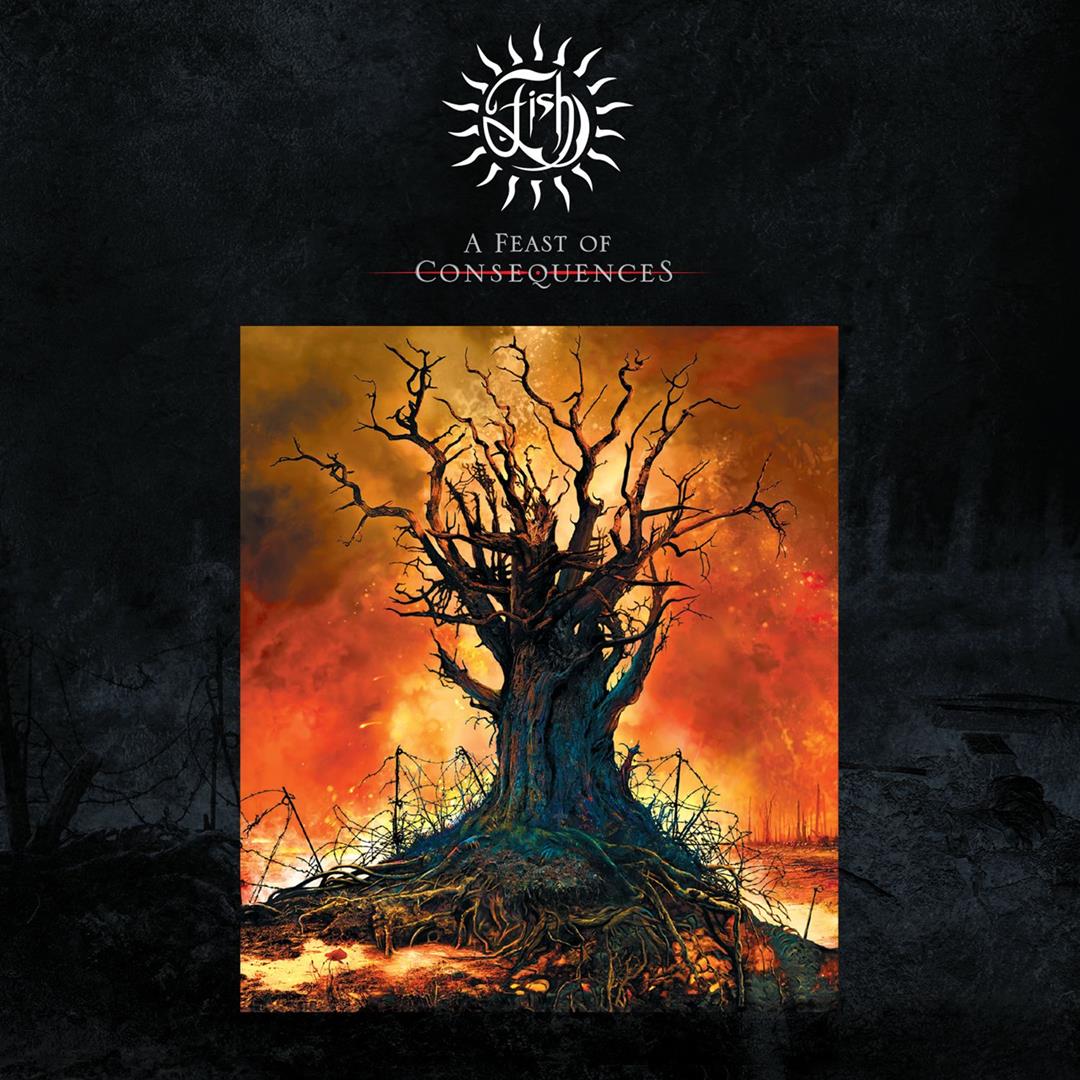 It is the year of our Lord 2013 and six years after the release of 13th Star, the album on which Fish relates about a relationship that sadly didn’t work out. It is 2013 and Fish releases an absolute masterpiece. If you take Vigil In A Wilderness Of Mirrors as the start of his career after leaving that band from Aylesbury and take into consideration that afterwards he released classics like Sunsets On Empire (1997), Raingods With Zippos (1999), Fellini Days (2001) and Field Of Crows (2004), with this album, A Feast Of Consequences , the man from Haddington shows that he is on the top of the game. Never before have his writing and singing been brought together so perfectly.

Musically, he has never sounded this strong before, and as far as Fish as a singer is concerned, the vocal lines and music fit perfectly together. It says a lot about how Fish and the band members write the songs together; a great interaction between Fish, Steve Vantsis (bass player), Foss Paterson (keys) and Robin Boult (guitar). Whether they always  worked like this or not: the result is a majestic sounding album, with songs flowing extremely coherent.

Opening track Perfume River features the sound of bagpipes in the intro. Atmospheric keys. Beautiful acoustic sounds from Robin Boult. Calmly, ever so calmly. Just let your thoughts slide to the other side of the world and picture yourself in Hue near the Perfume River. Escapism. The protagonist of the song feels himself confronted with a harsh and dark reality, preferring not to wake up to face up to that. Take in the backdrop of Hue, an old city in Vietnam, located near the Perfume River, far away from the harshness of whatever he’s facing and, here with the effects of the Vietnam war still visible, a chance not to face up, not to deal with whatever it is he faces. A song that is accompanied beautifully by subtle play by Steve on the bass, moody keys by Foss and Robin’s guitar. That guitar sounding increasingly threatening as the song progresses. Gavin Griffiths’ drumming is particularly subtle . The song builds up its tension with Steve’s bass leading on. A mere seven minutes into the song and Robin’s acoustic guitar takes the lead. The song starts getting rockier and for the first time on this album we hear the wonderful voice of Elizabeth Troy Antwi next to Fish’s. Now there is a very strong opening track.

The second track, All Loved Up , rocks out a lot more. Do not expect metal sounds from the man from Haddington; his roots lie in the seventies and this album goes to show. Great lyrics about superficiality of life and about how longing for fame is popular in today’s society, as if to obtain the fifteen minutes of fames is the pinnacle of everyone’s dreams. Fish puts it down nicely: “all fucked up.”

Blind To The Beautiful is next. Another song fitting for the world nowadays. What about climate change, do we still have eyes to see what really matters in this world? We live in an era where children’s names are given to hurricanes, we will have it when we are told hat profits and shares are what counts and not whatever may be the result of our longing, of our greed. A very beautiful ballad with great lyrics by Fish and with beautifully played violin parts by Aidan O’Rourke. And again there’s the beautiful voice of Elizabeth Antwi, nicely contrasting with Fish’s voice.

The title track follows. Inspired by a Robert Louis Stevenson quote that Fish read in a book about the climate and the facts that eventually confront us as consequences of choices we make. The lyrics outline this both from personal and social perspective. The song rocks solidly while building up nicely at the same time. An acoustic intro with an eager band and singer: all definitely into the track! Fish and the band played some of the songs live before they got their final shape and form and with this title track you can just imagine them rocking it out! What a great and energetic song!

The unmistakable highlight of the album then follows. The Highwood Suite, five tracks on the subject of the Great War. During a tour Fish visited the battlefields of the Somme and stayed in Arras, the same town where one of his grandfathers stayed at the time of the Great War. The visit to this area, where both his grandfathers fought in the First World War, made a big impression on Fish. His initial thoughts were of a single track about that period, yet that grew into a multi-part suite on the subject. Fish subtly brings forth the subject matter with High Wood as he describes a contemporary visit to the terrain. It is a beautiful reflection on how the battlefields and cemeteries appear now, about the feeling they radiate. At the same time he succeeds in catching all the tension and misery of all those years ago.

There is a moment in the song after which the orchestration becomes richer and more threatening, underlines the darkness of that war. A strong composition. With a nice Shakespearean touch as he sings: “Wood will rise ” the drama is tangible. The tension Fish relates about is sung and spoken in both English and in German. After all, soldiers on both sides were not just stationed there because they wanted to fight ever so badly. Crucifix Corner portrays the horrors of experiencing the Great War. The descriptions become more intense; yet it is merely telling of things to come. The Gathering shows the British enthusiasm for the king’s shilling to be collected and the sense of honour fighting for king and country, with a cheerful horn section and all. It is in Thistle Alley where Fish and the band give their all in expressing the damnation all of the soldiers must have experienced. The Leaving once again states just how horrifying that war was, lest we forget. Beautiful music, very fine lyrics and in both High Wood and Thistle Alley great orchestration arrangements by Egbert Derix . These arrangements are nicely performed by Tanja Derwahl (cello), Linda Slakhorst-Custers (violin), Gosia Loboda (violin) and Alina-Lin Merx -Jong (violin). The beautiful horn section in The Gathering, courtesy of Finlay Hetherington ( flugelhorn ), Fiona Lund (trombone), John Sampson (trumpet) and Stuart Watson (tuba).

The album doesn’t end just after that. That really is the strength of this album. With both the impressive The Other Side Of Me and The Great Unravelling, again with a great arrangement by Egbert and great performance by the same ladies and beautiful vocals by Elizabeth Antwi next to Fish the album finishes on a high note. The album is not overly bombastic, it just hits all the right marks. Fish has made an album that really is the pinnacle of his career so far. The collaboration with Steve Vantsis , Foss Paterson and Robin Boult really made for a wholly impressive album. Calum Malcolm took care of the production and, where need be, he saw to arrangements, in addition to the aforementioned by Egbert Derix.

A Feast Of Consequences is simply a masterpiece in which human nature, both in private and societal context, are the heart of the matter. The sad climax of the album, as experienced by so many people in world history, is reserved for the barbaric tragedy of the First World War. Fish knows how to combine personal experience with a social perspective, he does so like no other. On this album the Haddington singer and his team establish themselves as grand musical authors and musicians. Easily his very best album, an album best listened to in full concentration. It will leave you silent and in awe. Let us not forget the very beautiful artwork by Mark and Julie Wilkinson. Their contributions to A Feast Of Consequences can and may not possibly be overlooked. For the fans of the beautiful artwork we recommend the deluxe edition of the album: that features an extensive documentary about the making of the album. A truly majestic album!

Tracklisting A Feast Of Consequences :

3. Blind To The Beautiful

4. A Feast Of Consequences 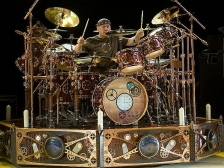 Neil Peart (Rush), the Professor on the drum kit, is niet meer 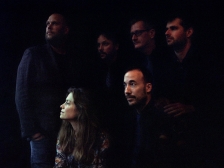 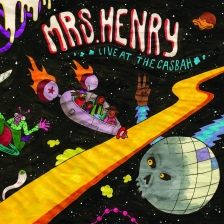 Mrs. Henry – Live At The Casbah

The Unknown Known – Drain the Swamp 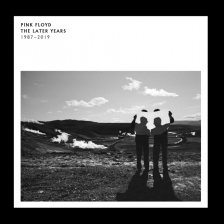